Do Fish Drink Water & Do They Get Thirsty 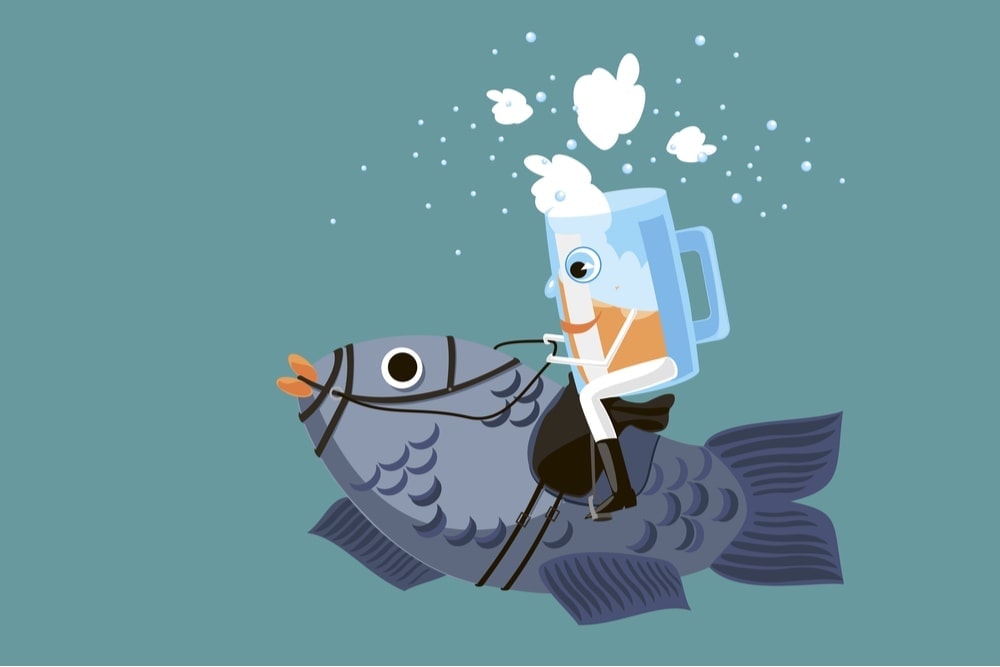 As everyone knows, fish live under the water but the question is, do they drink water, and do they get thirsty?

The simple answer is yes, they do drink water but it all depends on the type of fish.  Technically freshwater fish do not drink water because it can lead to their blood getting too diluted.

On the side of the coin, saltwater fish do drink a lot of water to keep themselves hydrated.

Thirst: What Is It?

In the basic sense of the word, this means the urge to drink.  This is a human’s way of making sure that their balance of salt and water is maintained inside their body.  All animals, except fish, are faced with the threat of dehydration so the basic instinct is to drink water.

Thirst in aquatic animals that live in the water is an entirely different thing.  Both seawater and freshwater fish show different behaviors when it involves drinking water.  It is related to the anatomy of their bodies.

The salt concentration in the blood of saltwater fish is much lower than the water that is surrounding them.  Seawater is highly saline so seawater fish are constantly threatened by dehydration.  As a result, seawater fish actively drink water.  Due to the design of their gills, the saltwater fish can drink the saltwater, process it through their mouth and gills, and then eliminate the excess salt through urination.

These are the fish that are living in fresh, non-salt water and have a blood concentration of salt than the water that surrounds the fish.  If these fish drink water then they have the chance of having their blood diluted.

This is why these types of fish do not actively drink water because they do not need to in order to maintain the balance of water and salt inside their bodies.  These freshwater fish will absorb water through their gills and skin by a process called osmosis.  They will then urinate a mixture that is a lot more diluted to get rid of all the excess water.

4. Fish That Live in Both Environments

Salmon are born in freshwater and during their growing, up time they will go through three major changes before they leave their nursery in the freshwater for their saltwater home.  The salmon start by drinking a lot of water and then their kidneys start to decrease their output.

The most important thing that happens is that the mechanisms in their gills start to operate in reverse.  When this happens the gills start to rid the fish of the salt instead of taking in.  After they return back to the freshwater after spawning, they will spend a few days in an environment that is neutral.

This is called an intertidal zone (marine environment).  It is a seabed and foreshore area that is submerged at high tide and exposed to the air at low tide.  At this time, the changes in the salmon are made in reverse so they can live in a freshwater environment until it is time to spawn.

Do Fish Get Thirsty?

Do Other Water-Dwelling Creatures Drink Water?

Fish are not the only water-dwelling creature in existence.

« Do Fish Yawn? Why do Fish Open Their Mouth Randomly?

How to Tell if my Platyfish Is Pregnant? »