Where Do Hamsters Come From? 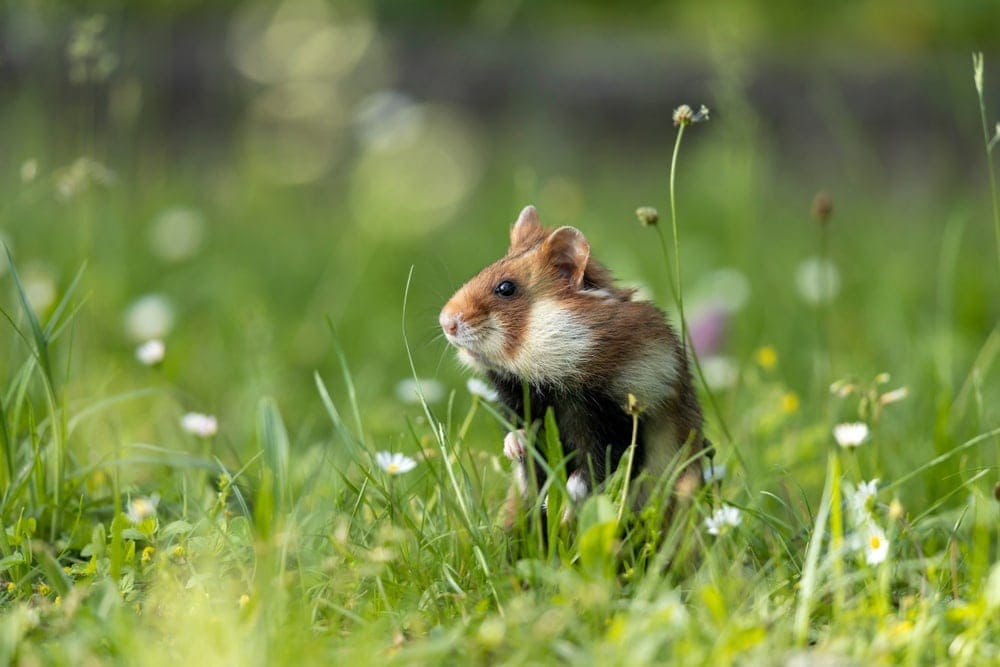 Not all hamsters come from the same place, and their origins are actually pretty interesting.

This article will teach you a number of things about these animals that you probably didn’t know.

Hamsters are all pretty closely related, but that doesn’t mean they all come from the same place.

Hamsters in the Wild

There are actually a number of different places around the world where you can find hamsters in the wild. Some of these places include Belgium, Greece, Romania, and the northern regions of China.

The Syrian or golden hamster, which is one of the most popular pet rodent species in the world, comes from Syria, as the name suggests. This hamster was originally discovered in 1797.

A zoologist named Israel Aharoni is ultimately responsible for making these animals a common household pet. He set out to look for the golden hamster back in 1930, along with a local man. He ultimately found a group of these hamsters underneath a wheat field.

The eleven hamsters that Aharoni found were taken to Hebrew University, which is located in Jerusalem, Israel. It didn’t take long for the hamsters to start mating, which increased their numbers in the world exponentially.

The Roborvski Dwarf hamster was originally found in Northern China in 1894 by a man named Vsevolod Roborovski. It took quite a while before these animals were bred with any real amount of success. In fact, it wasn’t until 1980 that these dwarf hamsters were bred in captivity.

In 1998, the first of these dwarf hamsters was brought to the United States. These hamsters aren’t known for biting, but they are incredibly fast. This is why it is important that you are careful when handling them.

If you are planning on getting any Roborvski dwarf hamsters and have children, you need to teach them about proper handling of these animals. It can be incredibly easy for a careless child to lose this hamster because of how quick it is.

The Campbell’s Dwarf hamster can be traced back to early 20th century Russia. This hamster gets its name from the man who discovered it—W.C. Campbell. This is by far the most common hamster sold as a pet in the entire world.

Hamster Wheels: Why Your Hamster Needs One

It is important to keep in mind that these hamsters are known for being more aggressive than their Roborvski counterparts. These dwarf hamsters are more prone to biting, so it is therefore crucial that you handle them with care.

This hamster was initially bred for research purposes in a laboratory. It took a little while before it was introduced to the general public as a pet. The average lifespan for these hamsters is about two years. They generally have a gray, brown or fawn coloration.

It is fairly common for these dwarf hamsters to not get along with its own kind in the same cage. If you have more than one at home, it is a good idea to keep them separated at all times. This is the best way to prevent fighting, which can have lethal results.

Hamsters that live in wild eat a wide range of foods, including baby frogs and a variety of insects. They also eat fruits, vegetables and lots of different plants. While most people believe that hamsters are vegetarians, they are actually omnivores. This means that they eat both plant matter and other animals.

If you have a pet hamster at home, it is important that you keep it on a high-protein diet with a minimal amount of fat. These animals should not be given alcohol, caffeine or sugary foods. You can also give your hamster the occasional insect as a treat or snack.

Creating the best Habitat for Your Hamster

Hamsters need to be kept under certain conditions as a pet. This means getting a cage or habitat that is large enough for them and any other hamsters you might be keeping. The minimum recommended cage size of 1-2 of these animals of 24 by 12 by 12 inches.

It’s also important that you give your hamster soft, non-abrasive and non-toxic material for its bedding. Wood pulp and recycled newspaper are two of the best options for this. If your hamster is uncomfortable in its habitat, they will likely become stressed. A stressed hamster can have a significantly shortened lifespan.

Make sure that you keep your hamster’s habitat clean as well. Proper hygiene is crucial when it comes to keeping your rodent friends happy and healthy. You will need to clean their cage at least once each week.

You need to make sure that your hamsters stay mentally and physically stimulated. This means putting an exercise wheel and a variety of toys in their cage. A properly stimulated hamster will be happy in its home.

« Why Do Hamsters Fight Each Other?

How to Find a Lost Hamster »