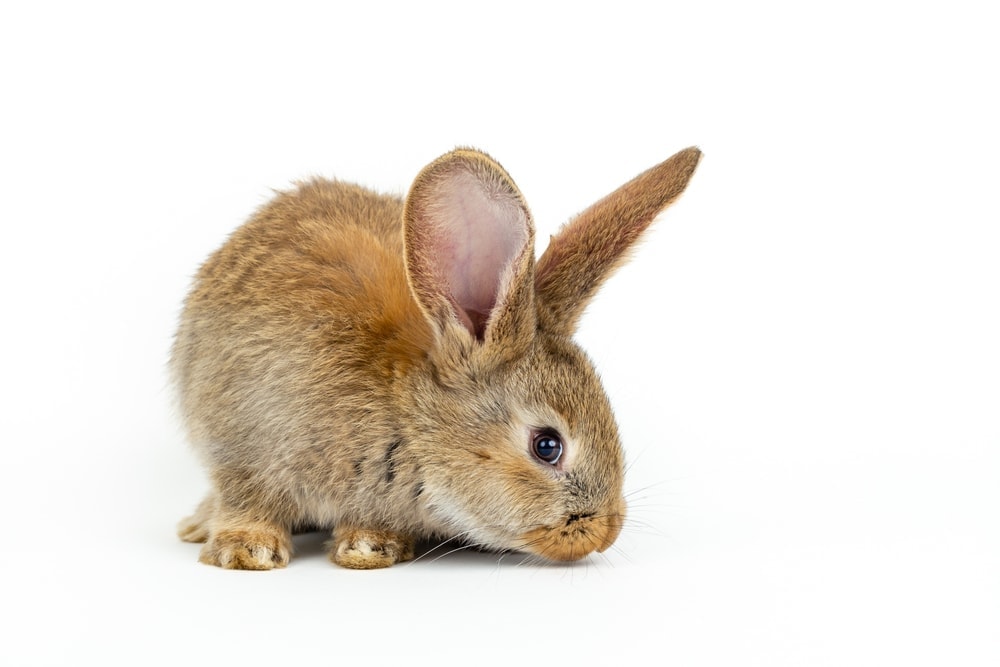 There are certain smells that come with owning a rabbit that you should be aware of.

This is just one aspect of having this sort of pet that you’ll need to deal with. In this article, you will learn all about how to limit smells from your bunny.

Rabbits themselves don’t actually give off any noticeable odor. These animals don’t sweat, so this is not something you will ever have to deal with. On the other side, their poo, pee, and other things can smell a little bit

The one exception to this is that sometimes a male rabbit that hasn’t been neutered will go off a strong musk. This aroma is meant to attract females for mating purposes.

Your rabbit’s poo shouldn’t be incredibly aromatic like dog or cat feces. Normal rabbit poo looks like small pellets with a light brown coloration. If you start to notice their feces giving off an unusually strong smell, this could indicate a problem.

A change in your rabbit’s smell or scent can mean that they have a parasitic infection. It can also indicate a nutritional deficiency and other issues that must be addressed. This is something that you don’t want to simply ignore. You should get your rabbit to the vet immediately.

If your rabbit’s poo smells really bad, you will probably need to make a big change to their diet. Rabbits need to be fed mostly hay each day. In fact, hay should account for 90% of the food you give them.

It is important to limit the amount of treats and snacks you give your rabbit. If you are giving them too much of a certain food, their feces might end up stinking quite badly.

Most of the unpleasant aroma that comes from your rabbit is their urine. Rabbit pee tends to smell a bit like ammonia, unless there is something wrong with them. Bucks usually have a more pungent scent than females, so you’ll want to keep that in mind.

You can actually reduce the intensity of your rabbit’s urine smell by adding a couple of drops of apple cider vinegar to their water. You should only put in one drop for every eight ounces. This can keep your rabbit’s pH properly balanced, which in turn should reduce the pungent odor of their pee.

If you want to limit the unpleasant smells from your rabbit, you’ll need to focus on properly managing their litter box. There are a number of things that you’ll want to remember about this.

It is important that you clean out your rabbit’s litter box two to three times each week. This will go a long way towards limiting the unpleasant smells that are coming from it. You can reduce the smell coming from their litter box by putting some baking soda inside.

When you go to empty out the rabbit’s litter box, you should try to do so outside. This will minimize the olfactory unpleasantness of this chore.

You’ll also need to make a point of cleaning the rabbit’s cage once or twice each week as well. This is another crucial part of keeping your pet healthy while reducing the nasty smells in your home.

It is equally as important to clean out an outdoor rabbit hutch regularly. While you might not be bothered by the smell, forcing your rabbit to live in a dirty environment is not good for them. This is how rabbits get infections, some of which can be quite deadly.

The Importance of Hay

One of the most important aspects of keeping your rabbit’s cage clean and odor-free is hay. You will need to make a point of putting plenty of hay in their cage. You should only have to spend about $20 on a single bale, which isn’t bad at all.

Fun Games to Play With Your Pet Rabbit

There are lots of different types of hay that you can use, including timothy and oat hay. Take the time to find someone in your area to buy it from, as you might be able to save money.

Change Out Your Rabbit’s Toys

Another good way to limit the stink coming from your rabbit’s cage is to replace their toys on a fairly regular basis. Their toys become soiled after a while, so you’ll want to replace them. This will also help to keep your rabbit stimulated. It will most likely get bored playing with the same toys for too long.

There are lots of different air fresheners on the market that can be very helpful when it comes to keeping the air around your rabbit’s cage fresh. You’ll want to consider buying a certain kind that is specifically meant for pet odors.

You can purchase a spray can or the kind that you can plug into your electrical outlets. The latter option will slowly diffuse a substance into the air to keep it fresh and smelling good.

« Rabbit Poo – What you need to keep an eye at