Cat Pupils – What Your Cats Eyes Are Telling You 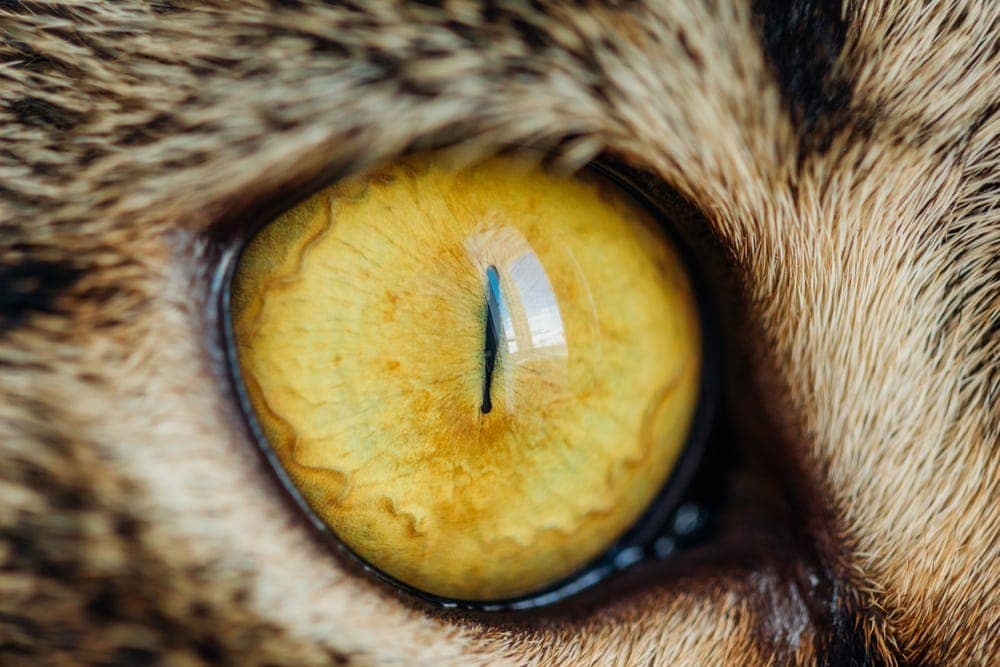 A cat’s eye can reveal quite a bit about how they are feeling at any given moment.

The more familiar you become with your cat’s expressions, the easier it will be to care for them.

You can tell a lot about a car by just looking into their eyes.

Despite what some people believe, cats don’t really have better vision than humans. In fact, in some ways it is worse than ours. These animals are near sighted and cannot see things very well if they are far away from them. They do see very well at night, which is something that has definitely been useful for them over the years as hunters.

If you’ve noticed that your cat’s pupils have become very narrow, it probably means they are in an aroused state. This usually occurs when a female cat is in heat, but it can also happen with males that haven’t been neutered.

An aroused cat will often look like it is squinting its eyes. This is a behavior that is meant to attract mates, and it is often successful. You might even notice your cat doing this if you put out some catnip. The fact is that it doesn’t take much to elicit this sort of response from your feline.

Narrow pupils can also indicate that your cat is happy and feeling good. This is why you’ll notice this happening as you are putting them while they lie on your lap.

It’s also possible that your cat is angry or agitated when its pupils narrow. If this is the case, you will notice their body stiffen. When your cat is in this sort of state, you should avoid trying to pick them up. This will likely result in a lot of painful scratches from their sharp claws.

When your cat’s pupils become wide, it could mean that they are afraid of something. It might also mean that they have been startled by a sudden movement or loud noise. This is a natural fear response that goes back many years with these animals.

Why Do Cats Spray?

Cats that have issues with anxiety often exhibit specific signs, which include wide eyes/pupils. You may also notice that your cat’s posture stiffens and their tail stands straight up. These are all indications that your cat has encountered something that frightened it.

Your cat’s pupils might expand and become wide if they are very excited. This probably happens more than you think. Next time your kitty comes to greet you at the door after you’ve been gone all day, take a close look at their eyes. You will most likely notice that their pupils are wider than normal.

A cat’s pupils often get wide when they are feeling overwhelmed, sometimes by joy or excitement. If this happens when your cat looks at you, it could be because it loves you just that much. It could also mean that they have encountered something that is very surprising, such as a strange smell.

If your cat has larger than normal pupils, they might have a condition called anisocoria. This condition is actually more of a symptom of some underlying medical issue. There is a chance that they could have glaucoma or retinal disease. Both of these conditions can eventually lead to blindness if they are not addressed quickly.

In some cases, a cat’s pupils will become larger than normal if they have eye cancer. The feline leukemia virus has also been known to cause this particular symptom in cats. The sooner you get your cat to the vet, the better your chances will be of saving their vision.

When you notice that your cat’s eyes are utterly fixated on you, it could mean a lot of different things. You’ll want to make a point of paying attention to their pupils, as this will give you a good clue as to how they are feeling.

Cats sometimes stare because they are curious, especially if something is making a strange noise they are unfamiliar with. Your cat could also be doing this because they are happy to see you. If this is the case, their pupils will probably be slightly narrowed.

When a cat stares at someone or something without blinking, they are almost certainly on edge. This is a definite sign of aggression that you’ll want to be aware of.

Injury to the Eye

A change in your cat’s pupils can also indicate an injury to their eye, which you may or may not be able to notice right away. There is a chance that your cat was injured in a fight with another feline, or by some other means.

Look for irritation or redness in and around the eye. This is a common sign that a cat has some sort of injury to their eye, and that perhaps it is infected. You will need to get your cat to the vet right away to keep things from getting even worse.

« How to Discipline a Cat?

Why Is My Cat Sleeping in the Litter Box? »