How to Know if my Clownfish is Pregnant? 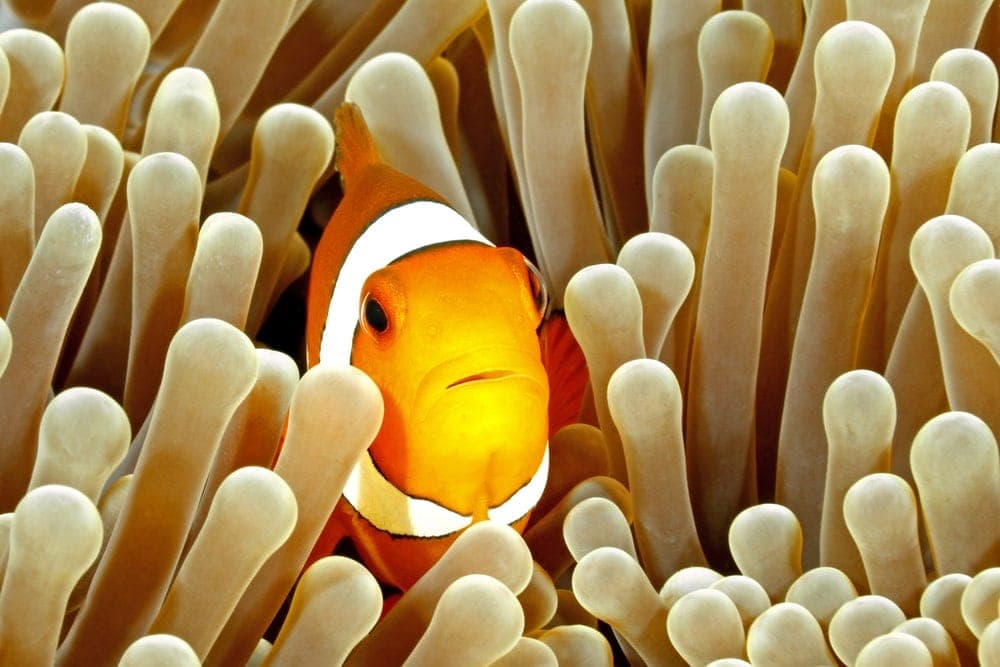 Clownfish are those small, brightly, colored fish that can be found in sheltered reefs or lagoons.  You will find them in the wild in the warmer waters of the Indian and Pacific Ocean.

Their body is bright orange with thin areas of black around the areas of white.  They are about four and a half inches in length.  Clownfish are not livebearers but lay eggs that the male clownfish will fertilize.

When the female clownfish is ready to produce eggs, she will become bigger in size, very protective, and aggressive.  When she finds a place that is suitable for her eggs she will stay in one place.

The male will then fertilize the eggs and soon they will hatch into larvae and finally, they will turn into baby clownfish.  Unfortunately, the fertilization process is not that easy and at times being very difficult.

Since they can be both male and female, when two change into a male and female if one or both should die and or do not breed, then two more clownfish take over and mature into a female or male.  They will breed and try for successful fertilization.

How to Help With Fertilization

How to Know if Your Clownfish is Pregnant

The fry will hatch in four days and at this time you will want to remove them from the aquarium from where they were born to one where they can grow in peace.  The parents will take no part in the care of the fry.  The clownfish will protect the eggs but once they hatch, they are done with them.

They will most likely be eaten by their parents.  When the clownfish hatch they will look like tiny black specks in the water.  If you want, you can try to collect them before they hatch.  Sometimes they will lay the eggs on a rock so you can just take the rock out of the aquarium and put it in another one.

Before the eggs are laid, you can try to put down some small tiles and hope they lay the eggs there so you can just remove the tiles and put them in the new aquarium.  It is better if you can do it before they hatch because it is hard to catch the larvae once they have hatched.

Amano Shrimp - Get rid of your Algae’s & Care Guide

« How to Tell if a Neon Tetra Is Going to Lay Eggs?