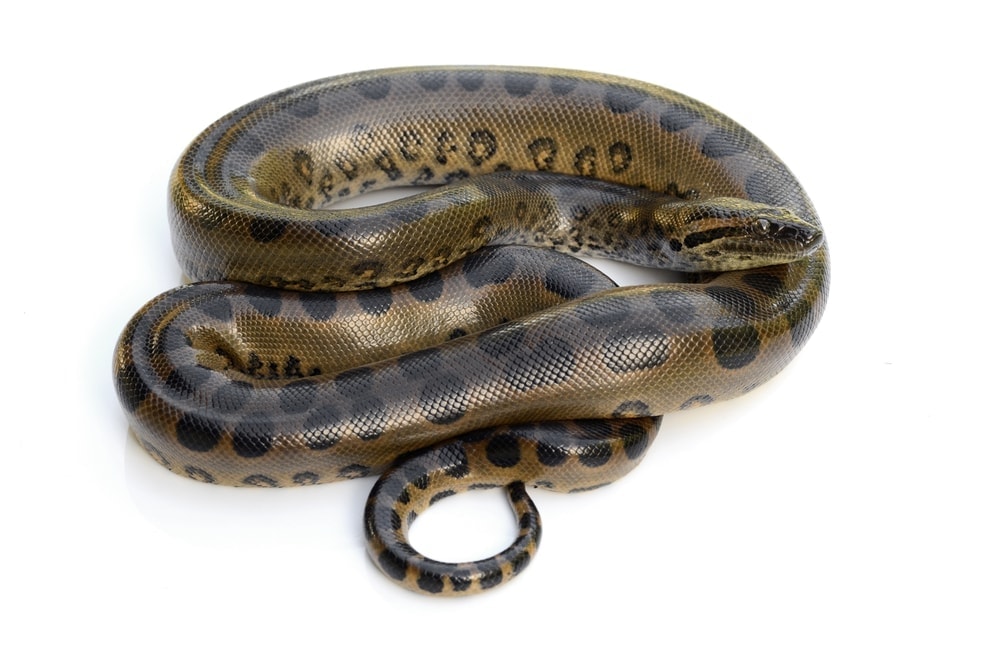 “They strike, wrap around you. Hold you tighter than your true love. And you get the privilege of hearing your bones break before the power of embrace causes your veins to explode.” – Goes the famous dialogue from the movie Anaconda. This surely sends shivers done our spine. Their massive size and aggressive behavior can kill the weak-hearted.

Are the Anacondas poisonous, and do they kill with their bite? Let us explore this more in detail.

What do Anacondas eat?

The Anacondas feed on aquatic animals like fishes and reptiles like caimans. They also eat rodents, birds, deer, sheep, dogs, turtles, wild pigs, tapirs, peccaries, and capybaras. Sometimes they eat jaguars. They have stretchy ligaments in the jaws, which helps them to swallow big prey as a whole.

Are Anacondas poisonous? How do they kill their prey?

The large size and unpredictable behavior of the Anacondas make them even more fascinating. A lot of studies and research have gone into understanding these giant species of snakes. Several television shows also have capitalized on the fear element and tried to experiment with the Anacondas. But be assured that they are happy in their territory if left undisturbed and are not a threat as portrayed. So the next time you head out for an Amazon river cruise, do not be scared for you now know what to expect!