How Long Do Corn Snakes Live in Captivity? 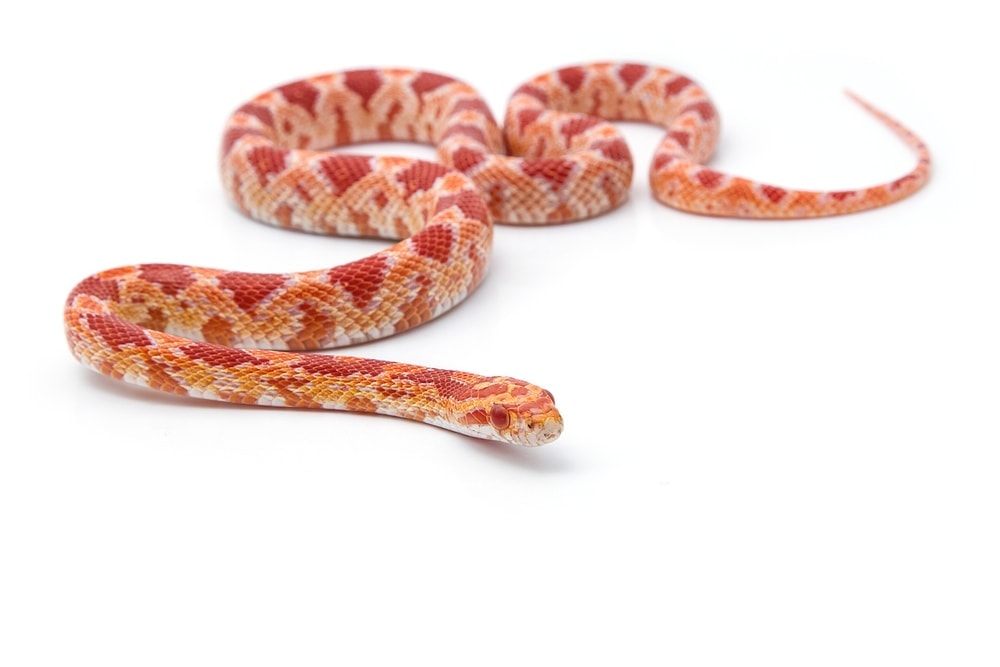 I have this friend of mine who does unusual things in life..!! One of his fantasies goes this way…every time he sees a snake outside, he takes it home and starts living with them profoundly.

Interesting, right? Later, as I discussed his experiences of having snake pets, I realized that it isn’t unusual but fun..!! Corn Snakes are just the best of its kind.

When you start living with them, you will feel snakes are better companions than human beings..!! Do you know Corn Snakes live longer and healthier in captivity? Let us go exploring more right away.

Who are the Corn Snakes?

Corn Snakes scientifically called Pantherophis Guttatus has its origin in the Southeastern and Central United States. They are popularly captive-bred and make up for enjoyable pets. They are found in orange and dark red color and no way close to the color of corn. Then where does the name Corn Snake come from?

These corn snakes are pretty much naughty and keep chasing rodents for their meals..!! Rats and rodents revolve around corn or mild grain silos for their food. Corn snakes target them, follow them secretly, and go eating rodents with no regret. So, corn snakes stay close to corn silos or cornfields and hence the name..!! Sometimes it is also said they are referred to as corn snakes because of the markings on their body that are maize like..!!

Corn snakes live up to 6 – 8 years in wild habitats. As pets, on average, they live for 15 years. There are also records to say that they lived for 20 years. What makes captive-bred corn snakes live long?

As these features are well supported at home, the corn snakes generally live long when captive-bred..!!

There are many patterns with amazing colors that bring in very common corn morphs.

Whatever be the corn snake morph, in captivity, they are expected to live healthy, strong, and long..!!

We have seen loads of facts about the CORN SNAKES. Every new fact was interesting. It is just going to be fun when you start growing them at home. It is a common thought process that snakes are dangerous and poisonous. However, corn snakes made us feel that even snakes can be prettier, naughtier, and friendlier too..!! Get your corn snake and start enjoying so the so-called dangerous pets..!!