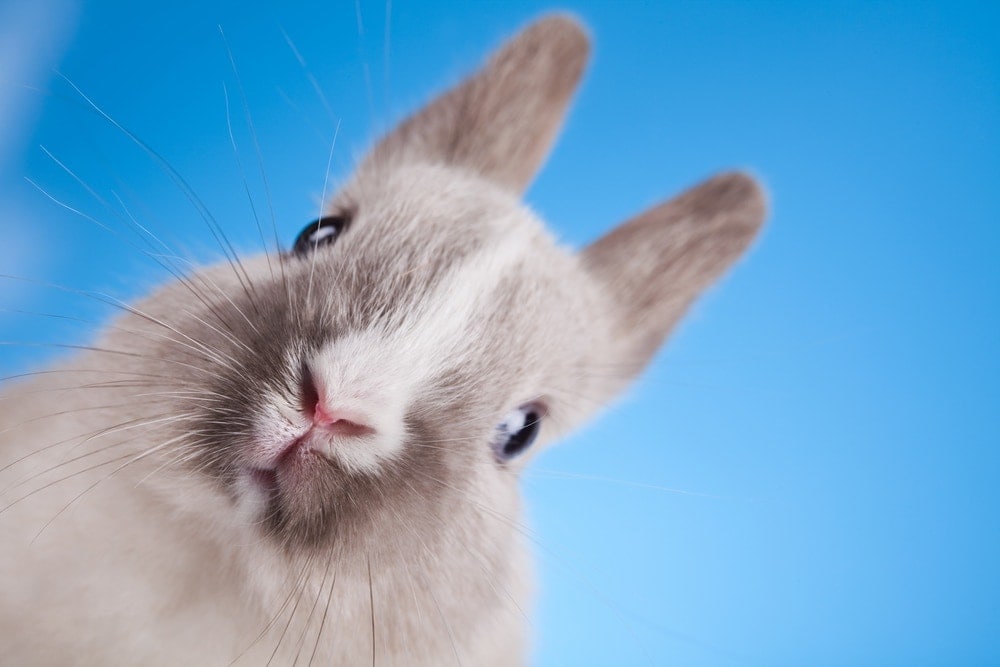 The more you understand about your rabbit’s body language, the easier it will care for it.

There is a lot that you can learn from your furry friend by observing the way it moves. This article will help you to guess how your pet is feeling at any given moment, which can be very useful.

If your rabbit is feeling playful, they might run and bounce around like crazy. These animals also tend to jump around a lot when they feel like playing. You have probably noticed your rabbit pushing toys in their cage or random things outside of it. All of these are clear signs that your bunny is in the mood to play.

It is important that you play and interact with your rabbit on a regular basis. While these animals can be content playing by themselves, it’s always a good idea to join in sometimes.

There are actually a lot of games that you can play together. Encouraging playful behavior in your rabbit will help with keeping it mentally healthy, which is crucial.

When your rabbit is angry or irritable, you will most likely notice their ears pinned back. They might also run in the opposite direction of you, flipping their rear legs into the air.

A rabbit that has a raised tail and ears pricked up is probably feeling tense for one reason or another. If you see this body language with your rabbit, you should not try to pick them up. Give them some time to calm down before trying to handle them at all.

A rabbit that is very angry will also most likely produce a number of vocalizations, such as grunting. This is a clear sign that you should avoid handling them, at least for the time being.

Rabbits sniff random things all the time, so it doesn’t necessarily indicate one emotion in particular. This could mean that they are agitated, or it could be their way of talking to you. Keep in mind that female rabbits that haven’t been spayed tend to do this while being held.

How Much Does A Pet Rabbit Cost to Care For?

These animals sniff things as a way of getting more information on them. This is a natural instinct that has served them well throughout history. When your rabbit is sniffing you, look for other body language cues before taking any action.

A Rabbit in Pain

If your rabbit is in pain, they might make a shrill, high-pitched screaming sound. This could also indicate that they are extremely afraid of something.

Sometimes a rabbit will thumb its rear legs when it is feeling scared. You might notice this when your rabbit is around other pets in your home.

Teeth chattering is another common sign of pain in rabbits, and it is one that you should not simply ignore. This could indicate a dental problem or some other type of pain. If it seems like your rabbit is in pain, you should make an appointment to see the vet immediately.

There are also teeth grinding, which can indicate some sort of pain well. You should perform a visual inspection of your rabbit’s teeth. It is still important that you get them to the vet if you don’t notice any dental issues.

Rabbits have strong territorial instincts that tend to come out if they are not spayed or neutered. Your rabbit could defecate around the house or just rub its shin on random things. This is ultimately their way of saying “this is mine and nobody else’s.”

If you are having problems with your rabbit exhibiting territorial behavior, you should make a point of getting them spayed or neutered. There is a very good chance that this will put an end to their acting out behavior.

How to Litter Train Your Pet Rabbit

When your bunny is curious about something, it will most likely stand on its hind legs. This is basically just their way of checking out something that has piqued their interest. It is perfectly harmless and not something that you should discourage.

If you have an un-neutered male rabbit, you might notice them making a sort of honking noise sometimes. This is a common sign of arousal in rabbits.

There are many different things that a rabbit might do to express happiness, including feet circling. This is when a rabbit runs in circles at the feet of someone or something it really likes. It is a sign of affection and an important part of bonding with your pet.

If you notice your rabbit doing a sort of hopping dance, it probably means they are happy. This often happens when a rabbit sees their owner after being apart from them for a while. They are letting out all of their pent up energy and happiness.

Why Does my Hamster Hide? »