What Are Cat Zoomies & Should You Worry? 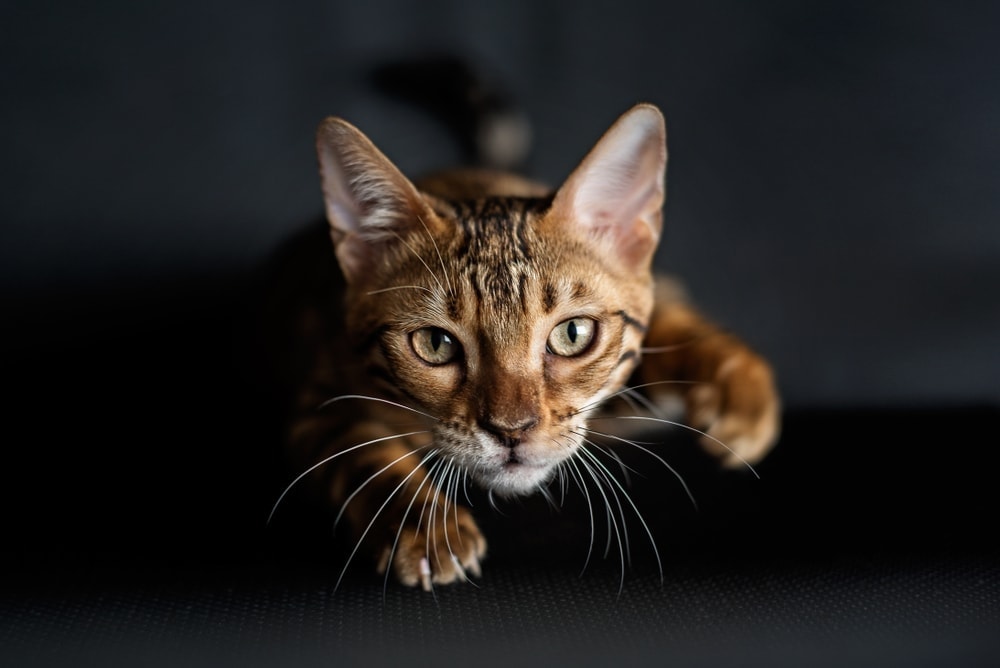 If your cat has come down with a case of the zoomies, it could be completely harmless or a sign of something serious.

As amusing as this particular behavior can be, it is something that you’ll want to learn more about for the sake of your pet’s wellbeing.

What Exactly are Cat Zoomies?

The term “zoomies” with regards to cats is used to describe erratic and hyperactive behavior that comes on suddenly. It usually manifests itself in the form of running and jumping around in an overzealous manner.

Have you ever been relaxing on the couch at home, only to see your feline friend run past and jump from one platform to another? This is essentially what the cat zoomies is. It can be perfectly normal behavior for these animals, but not always. The fact is that any sudden change in your cat’s behavior should be looked into closely.

There are lots of different explanations for why your cat might suddenly get the zoomies. It is important for you to learn about some of these causes. This information will help you take better care of your feline friend.

1. They Are Mimicking Another Cat

If you have multiple cats in your household, one of them might start running around like crazy if they see another one doing it. This kind of mimicking behavior is very common among cats. It is especially common among parents and siblings. When a parent does something, their child will often follow suit.

2. They Have Problems with Anxiety

It’s also possible that your cat has issues with anxiety. An anxious cat can behave in all sorts of ways that seem strange or out of the ordinary. This is often the case when you bring a new cat home or introduce a new person into the household. It may take a little while for your cat to adjust to the sudden change in their environment.

Boredom can also manifest a lot of odd behaviors in cats. When one of these animals is very bored, they might start running around and acting erratically just to keep themselves stimulated. If you are gone most of the time or don’t play with your cat enough, you might begin noticing them do these sorts of things.

10 Ways Your Cat Shows You Love

You should make a point of trying to spend more time with your kitty on a daily basis. This will likely help to keep them calm so they don’t feel the need to literally bounce off the walls. A little bit of playtime each day can go a long way towards preserving your cat’s physical and mental health.

If your cat has fleas chomping on their skin, they might get the zoomies. Cats sometimes start behaving in this way because they are trying to escape their discomfort. These animals simply don’t understand that they cannot run away from their fleas.

A medicated bath is usually enough to get rid of the fleas on a cat. It is important that you take your cat to the vet right away if this is the case. The sooner you get them the necessary treatment, the sooner they will begin feeling better.

It is not altogether uncommon for cats to develop hypothyroidism. This is a condition that causes a cat’s thyroid gland to become overactive, which often results in significantly increased energy levels.

Some of the other symptoms of hypothyroidism in cats include increased heart rate, matted coat, vomiting, diarrhea, and increased appetite. This condition is not curable but can be managed with medication from your vet.

6. They Are Just Releasing Energy

Cats are known for sleeping a lot, and sometimes they will exhibit a sudden burst of energy. This occasional release of energy is perfectly normal for these animals. They have natural hunting instincts, which need to be satisfied one way or another. If you don’t let your cat outside hunt, it might shoot around the house crazily once in a while.

A condition known as feline hyperesthesia has been known to cause cats to act in strange ways. This can manifest as your cat trying to scratch or lick certain areas of their own body. It also can present as sudden bursts of hyperactive behavior.

Hyperesthesia is a skin disease that is not common but can still affect cats of all ages and breeds. If your cat has this condition, you might notice that their pupils are dilated. It can also cause the cat to vocalize more than normal.

How to Deal with Cat Zoomies

If your cat has a case of the zoomies, you probably shouldn’t rush them down to the veterinarian. Keep a close eye on them and look for any symptoms of illness or disease. If this behavior continues for an extended period of time, you’ll want to have them examined.

Keep in mind that this behavior is perfectly normal for cats. It is often just your kitty’s way of burning off pent up energy. There could, however, be an underlying condition that demands the treatment of some kind.

Can You Shave Your Cat & Should You? »