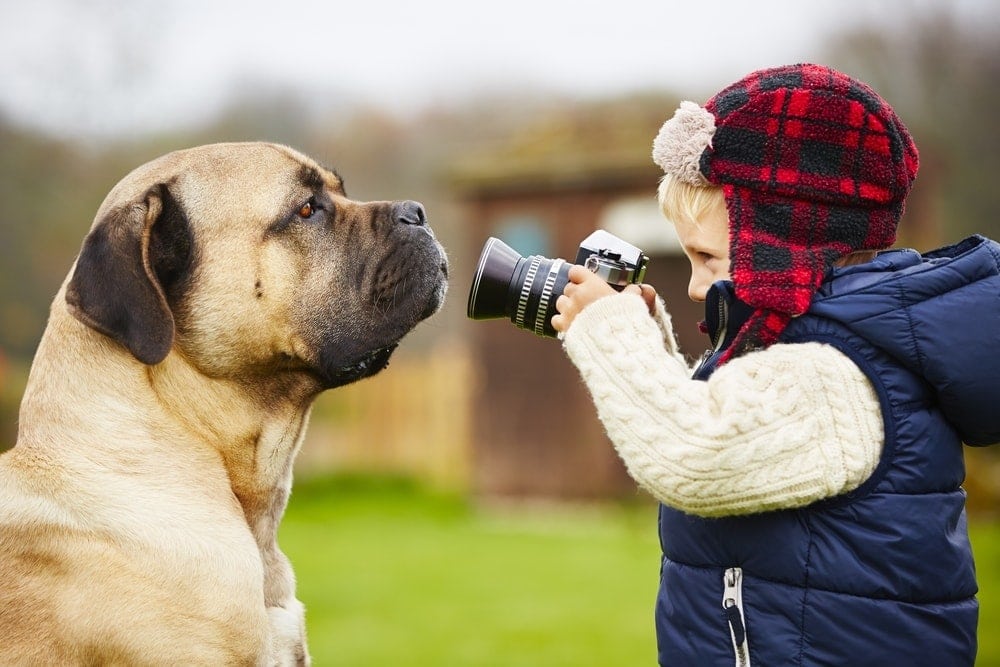 The cost of having a dog is proportionate to the size of the dog.

This is actually very true since a larger dog will need more food to fuel the body.

Hence, it is more expensive to own a larger dog breed than a smaller one.

Speaking of which, some dog breeds do require a lot of food in order to sustain its lifestyle.

With that, let us look at the top 10 heaviest dog breeds in the world. They are sorted after the Average weight and not the maximum weight in the world.

This dog originated in the Alps, between Italy and Switzerland. They were first bred as working dogs in the 16th century for the purpose of conducting alpine rescues. The size of this giant dog breed can go up to 120kg while reaching heights of 90cm. Its imposing size is not reflective of the dog’s gentle and soft temperament.

They are suitable for families, but you will need to be mindful that the size difference between Saint Bernard and your child might mean that the dog has the possibility of injuring your child.

The Caucasian Shepherd is one of the heaviest dog breeds, given that they can weigh up to 100 kg. The dog’s domineering behavior, as well as high agility level, makes it tricky to train them.

However, a well-trained Caucasian Shepherd will make an extremely good guard dog.

The English Mastiff is one of the smaller breeds in the Mastiff family, but they are still large enough to be considered as one of the heaviest dog breeds that you can find. They weigh up to 100 kg as well as having heights of 90cm. Given their lion-like outlook, they are often mistaken as an aggressive dog.

In fact, the English Mastiff is very affectionate in nature, and the reason why most people might assume them to be aggressive is due to the dog’s protective nature. The English Mastiff is extremely loyal to their owner and will not hesitate to defend and protect the owner when in need.

How to Keep an Adult Dog Off the Bed

The Great Dane is undisputedly one of the largest and heaviest dog breeds in the world. The height of the dog varies between 71 to 86 cm depending on the gender. Also, the male Great Dane can grow up to 90 kg.

Fun fact: The world’s tallest dog was a blue Great Dane by the name of Giant George. He had a height of 109.2cm while weighing at 111kg.

The tallest of the Sighthounds breed, the Irish Wolfhound is one of the heaviest dog breeds in the world. Unfortunately, due to its large size as well as its genetics, the Irish Wolfhound does not have a long-life expectancy. They can reach heights up to 89cm while weighing up to 84 kg.

The Irish Wolfhound was originally reared and trained to help hunters during their regular hunts, but that has died down over the years. Now, the Irish Wolfhound hardly barks, and they are not aggressive at all, hence they make lousy guard dogs. The only trait that can help to deter intruders is their large body size. Irish Wolfhounds are known to be intelligent, and hence training them is easy.

The Leonberger is regarded as a giant breed dog that originates from Germany. Their weigh tips the scales at 77 kg while reaching heights of 80 cm.

The Leonberger has a lion-like look that is forceful, and when coupled with their gigantic size, can be quite imposing and hence they do make good guard dogs.

The Neapolitan Mastiff is one gigantic dog that does have an imposing presence that might be too much for most to take in. Their fearsome appearance is attributed to its grouchy face as well as the size of the dog.

The Neapolitan Mastiff can grow up to 70kg while having heights of up to 77cm. Their dominant trait makes them an extremely good guard dog.

It can be quite a mouthful, but the Newfoundland dog breed originates from Newfoundland. They can be strong and heavy, and some dog professionals claim that they are one of the strongest dog breeds that you can find these days. An adult Newfoundland can weigh 70kg while having heights of 74 cm. When they are standing, their reach can dwarf most adults.

My Dog Ate Raw Chicken - What should I do?

The Newfoundland is a strong and energetic dog that loves to please their owners. Due to their temperament, it is easy to train them. One thing that bothers us, slightly, is that Newfoundland has a thick coat that requires regular maintenance.

The Anatolian Shepherd Dog is a large breed dog that has an imposing look. Not many people might have heard about the Anatolian Shepherd Dog. This large breed dog originated from Turkey, which is where they get the name from. Anatolia is a region that makes up most part of modern-day Turkey. They can reach heights up to 81 cm while weighing up to 65 kg.

The Anatolian Shepherd Dog is known to be strong and powerful, but there is a gentle side to them. Hence, they do make good family pets, but you will need to be mindful that the dog does not overpower your children when they are playing. Just so you know, the Anatolian Shepherd is agile and can run at fast speeds, so you will need to be careful not to challenge the to a run!

This majestic dog breed is a large working dog breed that has origins that can be traced back to 3000 B.C. They can reach up to heights of 82 cm while weighing up to 54kg on average. Interestingly, the Great Pyrenees have an average lifespan of 12 years, which is good considering that most large breed dogs do not have a high life expectancy.