How to Treat Fin Rot in Aquarium Fish 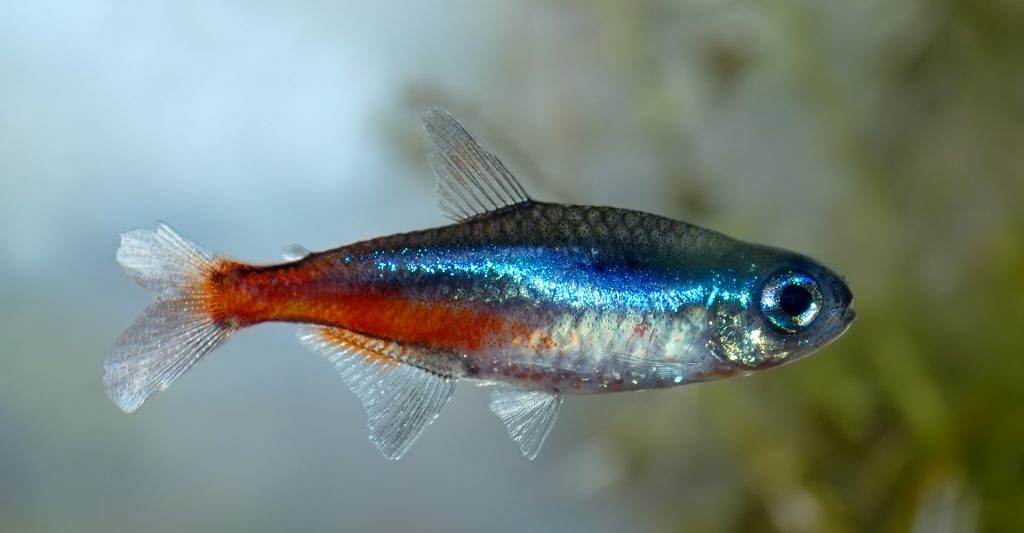 Prevention they say is better than cure and that applies to animals too.

Fish are able to manage their life comfortably when in the wild, though not with a balanced diet but the sea does provide them with a number of varieties and nutrients.

Changes in water level and temperature always have drastic effects on marine life, for one the plants might die and the fish and other marine animals are likely to succumb to the changes.

Fish to be precise are very delicate animals and don’t have the ability to regulate their body temperature. This, therefore, means that they are influenced by the change in the temperatures of their ecosystem. When in warm waters their metabolism increases, they feed more and respiration also shoots up, and with the increased energy levels they also move a lot.

Now when the water becomes cool, they become sluggish, so, when you adopt fish as a pet there are certain care practices that you have to observe religiously, to avoid “Fin Rot.” If the conditions are not favorable in your aquarium, your fish will most likely suffer from stress or injure itself and if the diet doesn’t have nutrients then your fish might get fin rot. We will, therefore, discuss how to treat fin rot, the preventive and care measures.

What is Fin Rot

Fin Rot is also known as tail rot and during infection; the tissues in the fin are destroyed beginning from the edges and proceeding slowly to the base of the tail fin. What’s worse is that the disease is not easy to cure though easy to prevent. Once it becomes advanced your fish will most likely die and other fishes in the aquarium or pond will also get infected.

Fin Rot is caused by bacteria, but how do the bacteria get access to the fish’s environment. First is the quality of water, which may be affected by keeping a large number of fish in one aquarium, and failing to clean or change the water. Low water temperatures also affect the fish, and feeding your fish expired food could also contribute to Fin Rot.

Other less obvious causes are how you handle the fish during movement or the feeding patterns. You may not believe but if you overfeed your pet fish it will develop fin/tail rot.

Discerning the disease from some of the fish in the beginner stages might not be apparent, especially the colored ones like the Apistogramma. However, keep an eye out for discoloration at the edge of the fin or a faded color; you will also notice inflammation patches on the fins or fraying on either the tail or the fin. Most fishes that start to develop the disease will also lack interest in food and might be sluggish in nature.

How to Treat Fin Rot

To treat fin rot you have to first tackle the root cause just to make sure that your fish won’t have to encounter the same problem again. Antibiotics are available over the counter that you could buy for your fish, but it is best to consult a veterinarian because the fin rot medications are prepared differently by different manufacturers.

Fish medication should be administered up to the recommended time, failure to which it might lead to the re-occurrence of the disease. A do it yourself remedy involves the use of aquarium salt and here you will put one teaspoon of salt in a gallon of water. This works well with the live-bearing fish, but be sure to keep off the scale less catfish because they do react to it.

Do not just consult any veterinarian but a Certified Aquatic Veterinarian, to be able to get the right medicine for your fish. And with the right dosage of antibiotics, the disease will disappear. Expired food should not be fed to fish, which means that you will have to put dates on the containers that you store your fish food.

Once opened fish food loses its vitamin content pretty fast, also check on the expiry date during purchase and do not stock too much food that your fish wouldn’t be able to finish in due time and then end up overfeeding them just to clear the stock. Your fish pet food should, therefore, be fresh, of high quality and fed in small quantities.

Different species of fish survive in specific temperatures and PH, so make sure that the Ph and temperature of the water are favorable to your species of fish. The water that you use, check the source and ensure that it does not contain ammonia, nitrite, or chlorine; the nitrate present should also be below 40ppm.

Overfeeding could also be because of food debris lying on the floor of the aquarium, and that is why it is recommended that you change the water often. The gravel at the bottom also needs to be cleaned of food particles thus obliterate any chances of bacteria breeding.

Aquarium water is to be tested regularly; the documented results will assist in detecting abnormal changes in water chemistry, thus could be corrected before they become serious. Overcrowding in the fish tank will probably lead to fighting in the aquarium. And broken fins are bound to get infected; also, don’t put aggressive and passive fish in the same tank or aquarium.

The reason being, that the passive fish will become too stressed with the constant nipping at its tail, which will consequently lead to fish rot. While in the wild low water temperatures do make the fish lethargic, and the situation is not any different in aquariums, you should, therefore, ensure that the water temperatures are kept warm enough to enable activity thus get rid of fin rot.