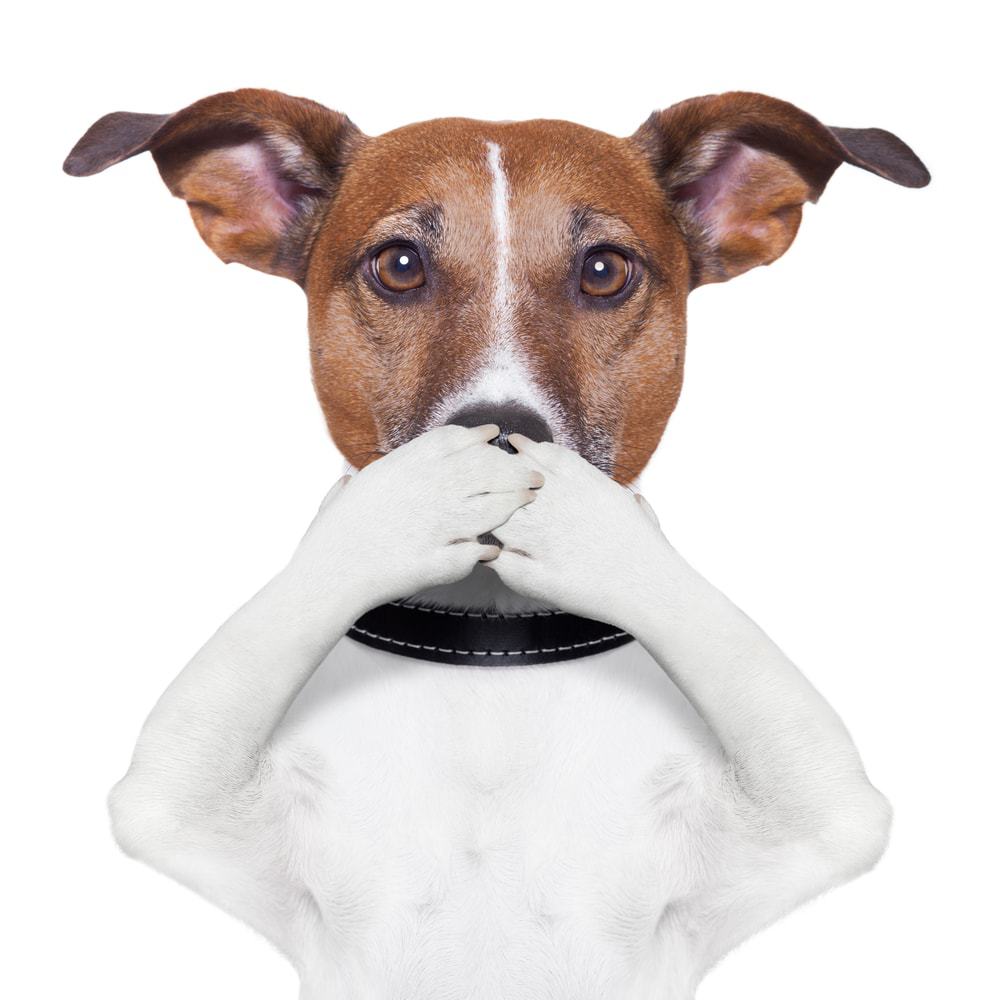 Some dogs are quiet and would rather whine or whimper. Yet some others bark but very rarely.

And sometimes, your healthy, barking dog stops barking altogether or a puppy grows up without barking into an adult, retaining the quiet nature.

Though in most of the cases, any of these problems is not very serious. However, sometimes, a no barking dog might actually be undergoing some sort of disease including but not limited to tumors and laryngeal paralysis in the most extreme of cases.

In this piece, I am going to help you diagnose exactly what’s wrong with your dog and how you can remedy that.

Contents show
Should you be concerned if your dog doesn’t bark?
Not barking: how serious is it? Is it a problem?
Is your canine quiet and resorts to whining and whimpering only?
So, why does your dog not bark?

Should you be concerned if your dog doesn’t bark?

Well, if your dog used to bark but has suddenly stopped doing so – it’s a concern. But only if this phase lasts for over a week. Needless to mention, you need to make sure there’s no source of unpleasantness, anxiety, stress, or disease that’s eating your dog up.

If you have a dog that, in general, resorts to howling, whining, or whimpering or barks but very rarely – it’s completely okay. There is a chance of a troubled past or debarking training but it can all be overcome with compassion and patience.

Not barking: how serious is it? Is it a problem?

Let’s say you had a dog who barked quite often. And all of a sudden, they stop barking. Nothing has changed. Their environment is the same, they have no new reason for stress or anxiety, and they’re healthy. In this case, it can be something serious.

In all other cases, it’s probably not serious or just a phase.

Now, how serious? Well, to be honest, it’s not rare for dogs that don’t bark to have damaged vocal cords. In fact, too much barking can often cause this problem.

There could also be some sort of discomfort while barking, making them withdraw to a no-barking phase. Straining their voice is not very common with dogs but happens every once a while.

Another clue here would be the dog’s failed attempts at barking. This means that the dog appears to try to bark but no noise comes out. This is a reason for concern and the dog should be taken to a vet immediately.

Some problems that can give rise to this are laryngeal diseases (that affect the larynx, or the voice box, of the dog) or partial paralysis among other less serious ones.

Alarming medical emergencies or a troubled past are not as likely to be the case as the dog simply having a laidback and easygoing behavior. If your dog attempts to bark but fails, now that’s a legit concern. But more often than not, some dogs simply resort to whining or being noiseless due to a number of different reasons that are pretty much harmless.

Is your canine quiet and resorts to whining and whimpering only?

Sometimes, canines become quiet after undergoing surgery – of any nature. If they don’t feel well, they can stop or reduce barking, or at least reduce the volume. All this is understandable. In the former case, give your canine some time and in the latter case, look for problems in their diet, behavior, physiology, etc. If you can’t find anything on your own, get your dog a thorough checkup.

SEE NEXT:  Are Basset Hounds Hypoallergenic? Do They Shed a Lot?

Dogs that have always liked to whine and whimper over barking are to be seen as noiseless pets – that’s all. Each dog has its own personality and that individuality makes sure there are some canines that simply don’t like to bark.

For them, the sound of their whining is better and bark is often too much. However, these dogs are not supposed to never bark. In fact, you’ll be surprised when they do given the sudden increase in the volume of their voice!

So, why does your dog not bark?

There are many reasons for a dog to not bark. Some might even say that there are as many reasons as there are for barking in the first place! Let me list a few common reasons for not barking – maybe you can identify one of these reasons plaguing your canine companion and make life better for them.

SEE NEXT:  Top 10 Most Hyper Dog Breeds
Related Posts:
Leave a Comment Cancel reply
Related Posts
About Petsoid
Petsoid is a blog for all pet and animal lovers. We are a free resource for well-researched and unbiased pet information and product reviews. We are owned and operated by SellenMedia.