Why Do Cats Loaf? 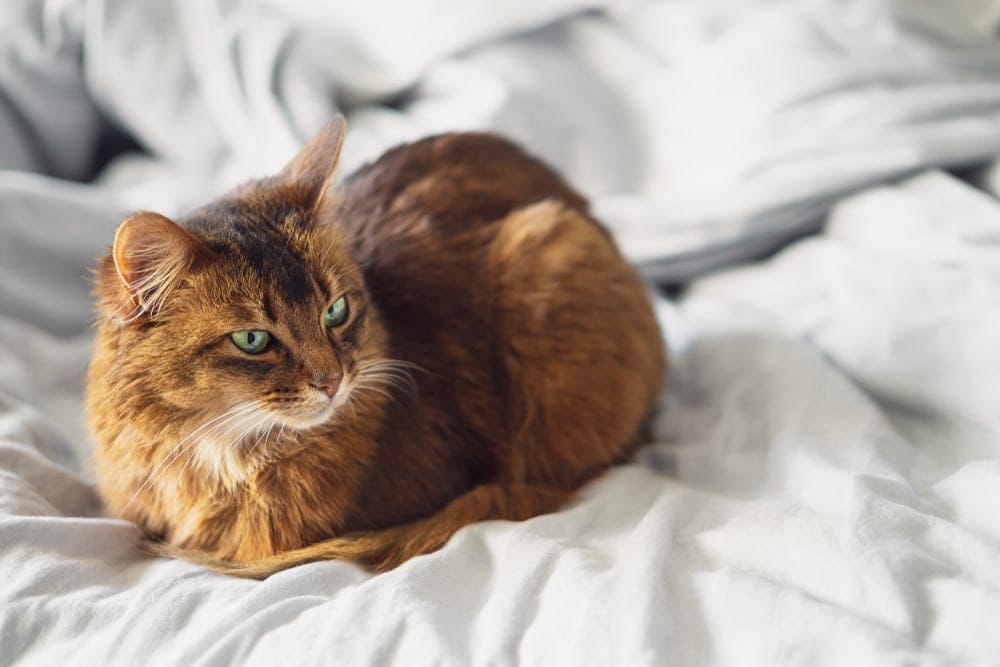 Loafing is a very common behavior among cats, but have you ever considered why your feline friend does it?

This particular behavior actually has a number of possible explanations. When you take the time to learn about the reasons your cat does this, you will become an even better owner.

The term ‘loafing’ refers to a certain position that many cats take when lying down. The cat lies down, tucking its paws under their body, which creates the appearance of a bead loaf. This is something that almost all cats do at some point during their lives.

Common Reasons for Your Cat’s Loafing

As we mentioned above, there are numerous possible reasons for a cat’s loafing. These explanations can give you valuable insight into the behavior of your kitty.

When a cat is lying down in the loaf position, it usually means that they feel very comfortable and are just relaxing. The makeup of these animals’ bodies makes this position more comfortable than the alternative sometimes.

These animals often do this by their owners, but not always. You should take it as a compliment, as it means they feel very comfortable around you.

In this position, the cat’s paws are underneath their body. They therefore don’t feel as though they’ll have to get out their claws and defend themselves in the immediate future. It is the epitome of relaxation for felines, and they will often fall asleep like this.

One possible explanation for your cat’s loafing is that they are cold and trying to get warm. A cat will often do this when it wants to generate more warmth in an environment that is a bit too cool. They keep their paws close to their body for warmth.

If you are a little chilly in your home, there is a good chance that your cat is too. It is crucial that you maintain a temperature in your home that will allow your feline friend to remain comfortable.

Keep in mind that short-haired cats are more prone to loaf when temperatures drop a bit. If you have a hairless or short-haired cat, this is something you’ll want to remember. Make sure to keep the temperature within a range of 65 to 75 degrees Fahrenheit.

Why Do Cats Cover Their Face When Sleeping?

It’s also possible that your cat is loafing because it feels stressed for one reason or another. These animals are known for acting in a variety of ways when they are stressed or anxious. Lying down in this position could make your feline friend feel a little better when they are experiencing mental or emotional distress.

There are lots of things that could potentially stress your cat, including another pet in the house. Does your cat only lie down like this when a certain other pet in nearby? If so, this could be the reason.

Some cats loaf as a response to loud noises or other perceived threats. They make their body compact as a way of feeling more secure. This is a very old instinct that dates back many years. The basic idea behind this is that they make themselves a little smaller to avoid detection from predators.

A cat might lie down in the loaf position if it has sustained an injury of some kind to its paw. This is basically the cat’s way of protecting their injured appendage.

This injury could be anything from a simple cut to cracks on the bottom of their paw, both of which can be quite painful. Once your cat sits up again, you’ll want to carefully inspect their paws to check for injuries. If your cat has an open wound on one of its paws, you’ll need to get it treated quickly to prevent infection.

Illness is yet another explanation for a cat loafing, and it can be quite serious depending on what is wrong with them. Cats with chronic kidney disease have been known to loaf. While this condition is most common in senior cats, these animals can develop it at any age.

The reason that a cat with chronic kidney disease loafs is to protect its internal organs. By keeping their paws underneath their body, they are reducing the amount of pressure on their kidneys.

How to Make Your Cat Feel Comfortable at Home

Some of the common symptoms of CKD in cats include:

It is not a good idea to interrupt your cat’s loafing, as this is not a harmful behavior or immediate cause for concern. Just let them relax and enjoy being cozy. If you try to attempt to get them to switch positions, you will only annoy them. There is no reason that you should do this.

When to See a Veterinarian

While loafing is a normal behavior for cats, it can be cause of concern. If you notice your cat limping or acting strangely, you’ll want to get it to the vet as soon as possible. The sooner you get them looked at, the better off they will be.

« How Long Can A Cat Go Without Food?